Window muntins and mullions are names that are often used interchangeably in window construction, if used at all. Many are unfamiliar with the terms as they are derived from old house construction techniques, even though modern houses make use of them today, albeit for decorative purposes.

You might recognize the general term used for window muntins and mullions: Grilles. However, this term is not technically correct, given they serve different purposes in window construction. Understanding the purpose of each is important before you order them for your home.

What is a window mullion and how can one differentiate between it and the closely-named muntin?

What are Window Muntins?

Muntins are most commonly used in reference to windows, but they are actually the term for any kind of vertical divider used for windows, doors, and even furniture. A window muntin is a strip of wood or metal that separates and holds panes of glass in a window, commonly termed as window pane dividers. The terms “window mutton” or “mutin” are also sometimes used, though erroneously.

The glass panes separated by the grid system created out of muntins are called “lights” or “lites”. In a piece of furniture such as a chair, a muntin is the main vertical piece of the framework. Their use in construction dates back as early as the 17th century when it was more affordable to make large windows and doors. It was also structurally necessary as early building’s walls could not carry weight when large windows were used. Muntins were used for support.

Modern architecture allows for use of large windows, and fillets of wood are placed on top of the glass not as a fusion point but for decorative purposes. These are what many refer to as grilles.

What Are Window Mullions?

A window mullion is a vertical division that breaks apart the opening of a window or door screen. It’s main purpose is to support the glazing of the window, which forms the watertight seal between your window’s glass and wood, or metal. It also offers support to the arch or a transom, which is the horizontal structural block above the window opening.

Though mullion window frames can be made of any material, even glass, the most common are wood and aluminum. Stone mullions are even used to this day in Islamic and Armenian architecture, dating back to the 10th century. Think glassless courtyard window openings with a stone pillar in-between. It’s a common architectural feature in old buildings across Europe, not just for windows.

Window mullion styles have since evolved and are normally used with large divided windows and doors.

Even though we’ve answered the questions “what is a mullion” and “what is a muntin”, the difference only becomes clear when you put the two against each other.

Both terms are used in window and door construction and describe dividing and joining glass and frames. The main difference is in what is being divided. Mullions divide the window or door opening into smaller blocks, while window muntins reinforce and join glass within a single window or frame.

Mullion vs muntin, which do you need for your windows? If you’re looking for support and joining of different elements, mullions are what you should order. But if you’re looking to make a larger window out of panes of glass, or just want to have the design effect of divided windows, go with faux window muntins or order windows that come with them as a fusion point.

Now that we have more clarity on the two window-construction features, let us look at some styles developed to create interesting designs using muntins. You can fashion your window with many different patterns, but these are the most commonly used:

This style divides each window into equally shaped and sized panes. They are influenced by colonial-style patterns, with 4-pane, 8-pane—or 4 over 4 in the case of double-hung windows.

Unlike rectangular muntins, these are divided into unequal panes, lights. They feature a larger light in the middle and smaller squares in the corners. These are a contemporary or farmhouse style.

This style features a combined-rectangular pattern with a half-round or quarter-round spoked top.

Where the window panes are divided into diamond-shaped lights by the muntins which are laid at an incline. There can be as many as 16 panes on these windows.

Window designs greatly influence a building’s curb appeal, and muntins are a great way to compliment your home’s architectural style.

If you’re looking for replacement windows in Kansas City, Bordner has many elegant grille patterns that are also customizable. You can achieve exactly the aesthetic you have in mind. Contact our team today to learn more! 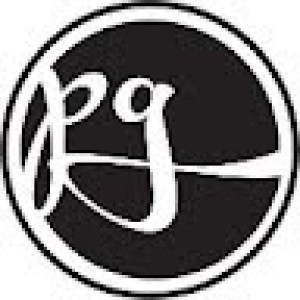 No spam, notifications only about new products, updates.
PrevPreviousGlass Home Window Tinting: What You Should Know

What is the Best Roofing Material for High Winds? Your roof must perform well to ensure your safety and your home’s protection from the elements,

Bathroom Tile Ideas: How to Choose the Best Bathroom Tiles Design When it comes to bedecking your bathroom, a little bit of tile can go

Hottest Bathroom Wall Ideas in 2020 Unlike other walls in your house, your bathroom wall needs more care and maintenance.  Your living room, bedroom, hallway,

Understanding Window Muntins And Mullions Window muntins and mullions are names that are often used interchangeably in window construction, if used at all. Many are

For our Colorado customers, please visit bordnercolorado.com
For our Atlanta customers, please visit bordneratlanta.com
Privacy Policy| Disclaimer | Sitemap
©2020 Bordner Home Improvement – 11701 E State Rte 350, Raytown, MO 64138 – (816) 358-2102 | Website by Pete
We use cookies on our website to give you the most relevant experience by remembering your preferences and repeat visits. By clicking “Accept”, you consent to the use of ALL the cookies.
Cookie settingsACCEPT
Manage consent

This website uses cookies to improve your experience while you navigate through the website. Out of these, the cookies that are categorized as necessary are stored on your browser as they are essential for the working of basic functionalities of the website. We also use third-party cookies that help us analyze and understand how you use this website. These cookies will be stored in your browser only with your consent. You also have the option to opt-out of these cookies. But opting out of some of these cookies may affect your browsing experience.
Necessary Always Enabled

Performance cookies are used to understand and analyze the key performance indexes of the website which helps in delivering a better user experience for the visitors.

Analytical cookies are used to understand how visitors interact with the website. These cookies help provide information on metrics the number of visitors, bounce rate, traffic source, etc.

Advertisement cookies are used to provide visitors with relevant ads and marketing campaigns. These cookies track visitors across websites and collect information to provide customized ads.

Other uncategorized cookies are those that are being analyzed and have not been classified into a category as yet.